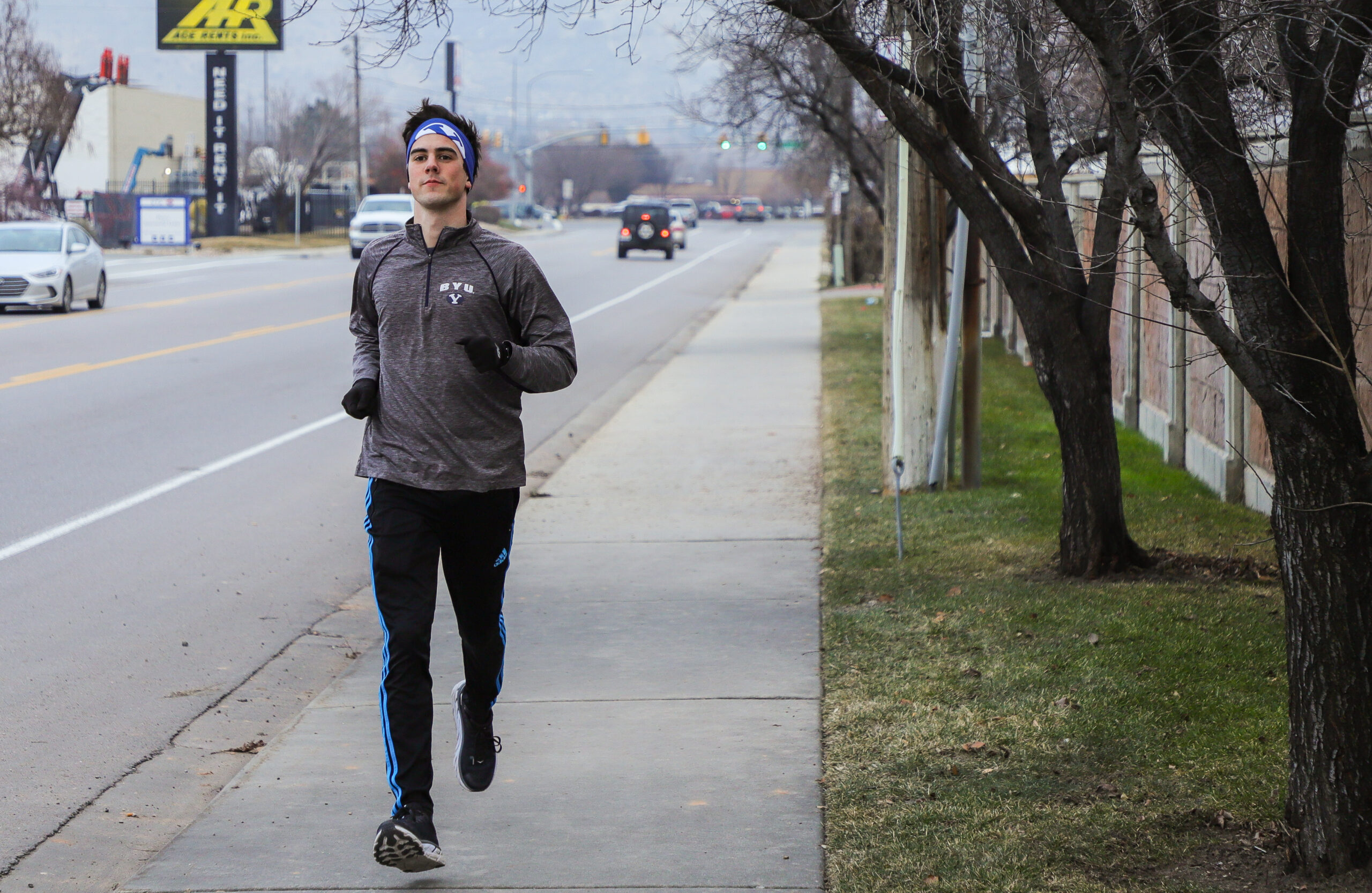 Iain Hunter, professor of exercise science at BYU, studies the biomechanics behind carbon fiber running shoes to see how they can help long-distance runners increase their speed.

Hunter found evidence that shoes can increase speed by up to 3-4% by restoring energy from the athlete’s foot strike to their body.

A distance runner himself, Hunter found his love for biomechanics and exercise science in this longtime hobby.

“I’m studying running so I can stay involved in the sport the way I love,” Hunter said. “It’s still nice after 20 years.”

Hunter analyzes marathon kinematics, stride length, and many other aspects of how the body is impacted by running. He uses his knowledge to guide runners around him, including mentorship at USA Track and Field. Hunter helps individual athletes improve their form, stride and speed.

Kaleigh Renninger, president and research assistant of the BYU Running Club, spoke about the role biomechanics play in running.

“I was definitely able to use what I learned in Hunter’s lab in my own race,” Renninger said.

Hunter doesn’t just work with college and national athletes — his research also allows him to help his own children improve their skills and even recover from serious injury.

Hunter’s daughter, Meghan, a BYU track and field athlete, made Utah State history in many ways during her high school running career. His talent and work ethic also allowed him to succeed in college.

However, the journey was not without difficulties. In 2019, shortly after her BYU debut, Meghan was in a car accident that broke her neck. With his background in biomechanics and mentoring athletes, Meghan’s father used his knowledge to help her recover.

“It made me want to know even more, because the more I study, the more I realize how little we know,” Hunter said.

Hunter said he was grateful to see the improvements Meghan has made. Her doctor cleared her to start running again only six months after the accident. “She runs a lot faster in the 800m than she used to,” Hunter said.

Hunter also said running has blessed his life. As an educational advisor for the BYU Running Club, Hunter is able to work with a large number of BYU runners.

“Whenever exercise is a part of someone’s life, they will reap psychological, emotional, spiritual and social benefits,” he said.

Many BYU Running Club students agree that the courage it takes to run pays off.

“It’s an incredible feeling to break through this barrier that you never thought you could,” said club member Blake Bevans. “I feel like I was able to do a lot, especially with the running club.”

Hunter will present his research at a gerontology conference on the BYU campus in March.