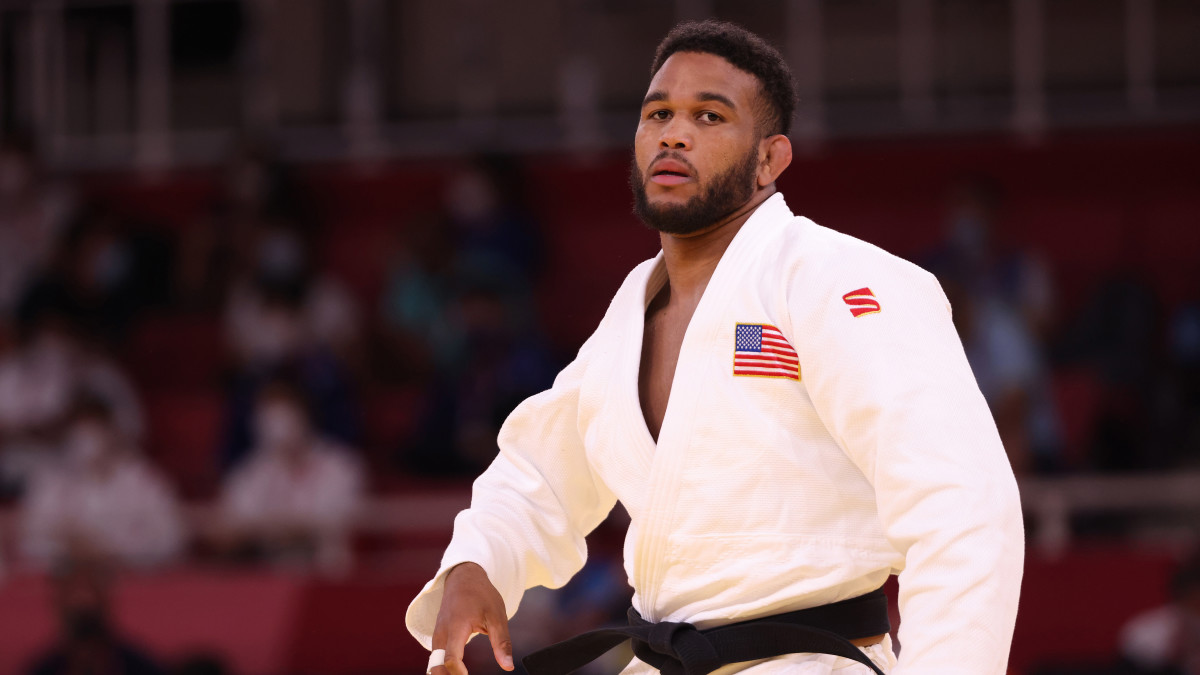 TOKYO – From the start, Colton Brown could feel the difference between judo and his other sports. It was not like basketball and football, where trash talk was celebrated, contempt was intentional, and respect existed but not so prominently.

Judo can trace its origins to the 19e century, when a Japanese educator named Kano Jigoro created an unarmed combat system. He did not authorize any strike; instead, he demanded that the fighters – those who wanted to win, anyway – use an opponent’s force against them. Competitors removed their shoes before competing. They bowed to their opponents. They’ve also been trained in the tradition, specializing in advanced respect classes, training their bodies, of course, but with equal weight to strengthen their spirits.

Brown’s father introduced his son to the practice while growing up in New Jersey. Jeff Brown became his trainer, waking the boy up before sunrise, training well after sunset. Years would pass before Colton made the connection between the traditions of judo and the focus on the mental health of athletes of all sports. But that very bond would define the rest of his career.

Full Circle: These concepts began to combine for him in the same place he would return for his last Olympic competition: the world’s most famous judo arena, the Sports Temple, located right here in Japan.

Brown struggled at first, however, before anyone used the phrase â€œsanityâ€. He has spent much of his life traveling, overseas, stuck in two hotel rooms and “my own head”. Eventually he stumbled across the life changing books that explained the sport he loved and the story behind it. All inevitably led to the same place: the Nippon Budokan, site of the 1964 Olympic competition, the most sacred place in sport. â€œIf you get really, really good,â€ Jeff told his son, â€œyou’ll be there someday. “

His son has become good, very well, and after graduating from Piscataway High in 2009, he moved to Japan for four months. He had never visited another country before, let alone lived abroad. But he trained alongside Japanese judokas, learning the moral code involved, how it was a sport where competitors wanted to win but not at any cost. Brown had never experienced such grueling workouts, nor fallen so in love with history and tradition in a place where children learned judo in school along with math. Then he went to the Budokan, but as a spectator, at first. â€œThe best experience ever,â€ he says. He would never have become an Olympian without him.

The stay has yet to translate into mental health, not then. Brown, like many athletes, even, especially, elite ones, spent so much time in his head that he should have paid monthly rent. In 2016, before a game against Turkish champion Mihael Zgank, thoughts crossed Brown’s head as he stepped onto the mat. This guy is a world medalist. Oh my god he’s super strong. i shouldn’t be here. He will probably kill me.

The Olympians show such strength, such will, that they can seem invincible. More think like Brown than not, struggling with their minds as much or more than their opponents. In this match, the Turkish champion beat Brown in about 30 seconds. It only gave the voice in his head a bigger megaphone.

By this time, Brown knew he needed a major change to reach his full potential. He started seeing a sports psychologist / performance trainer at least once a week. This person helped him make the connections that changed his life and extended his career. Some of the advice seemed simplistic, at least at first. Control what he could control. Live in the present. Forget what happened in the past.

He dove deeper, however, training more than his muscles, working on breathing, focus, mindfulness. At first, he couldn’t tell if these practices made any difference. There wasn’t some sort of a-ha moment that affirmed the life he was leading now. But after about four months, he sometimes noticed that he had changed, in subtle ways that led to bigger ones. Where before his mind wandered off during matches, like, say, when he went up a score and started worrying about a comeback, only to lose, because he worried – it wasn’t anymore. Now he was focusing on his hold, his breath, the immediate present rather than the future outcome. By shifting that focus, her future results improved. â€œI realized that judo was really a sport that addressed and required mental health,â€ says Brown. â€œThey go hand in hand. “

In 2016, Brown qualified for the Olympics and flew to Rio, where he finished ninth. He was planning to open his own gym at his home in New Jersey. But first, he knew he had to come full circle. Using the same tools, he made it through the pandemic, 12 more months of training, ignoring the future he had put on hold.

His daily rituals had transformed more than his career; they helped him approach and manage the rest of his life. He turned off his phone every night and let his brain rest, which meant he woke up less chaotic, which meant his stress levels continued to drop. He tried a new approach to communication, doing things like Phone calls, making eye contact in person and listening, like really listening, to those standing in front of him. Every day he would say to himself, â€œI have done all I can do. Because he had.

That path could only lead to one place, of course, to the Tokyo Olympics, Budokan, and a familiar opponent who would help Brown gauge his progress. “It was like coming home,” he said, “to the place where I fell in love with judo.”

He arrived in Tokyo at the end of June, entered the famous arena and felt a rush of “energy”. He felt grateful, to keep fighting, for the poetic symmetry and the chance to end his career as he wished. Every night, Brown did visualization exercises. He could see inside Budokan, his matches, his mental clarity, all that.

For these Games, he trained at the Kodokan, the emblematic place where judokas trained. Brown took the elevator up to four floors, carefully placed his shoes next to the reception shelves, and climbed a meaningful wooden staircase. As usual, he stopped in front of Kano’s chair, the one the creator of the sport was sitting on. Brown bowed, leaning over the connections that brought him peace.

He thought of exactly that when Simone Biles decided not to participate in some of her gymnastics competitions to take care of her mental health. He saw a predictable cycle unfold: international news, followed by shock, followed by a few unenlightened critics who called her soft or shouted that she had let her country down. â€œThey didn’t see her as an athlete,â€ says Brown. â€œThey were thinking of their own personal benefit, no matter how much joy they got from watching her. It’s wrong. At the end of the day, we are all human.

And yet, for all of the critics who rose up against those critiques, Brown saw something else that looked a lot like progress. A larger view showed that the vast majority of the people weighing on Biles did so with unconditional support. Had Naomi Osaka not pulled out of Roland Garros for similar reasons, Brown doesn’t think support for Biles would have been so seismic. He sees them as bricks towards understanding, the same bricks he picked in his sport and to build his future in judo.

It’s a beautiful feeling – and one Brown won it in his competition. This time he was not paralyzed by the nerves; he woke up smiling, happy, anticipating the day ahead. He went to Budokan early and sat alone in the stands, thinking about how he had changed his mind and the role of Japan – and judo – in this transformative process. â€œThe best open space I’ve ever been in,â€ he says.

He didn’t care about winning. I was not afraid of losing. Only wanted to show the best version of himself and make the most of every second of his time in judo. He liked the idea of â€‹â€‹the question he felt grateful to be able to answer: If a judoka knew that a particular fight would be his last, what would he present to the world?

Brown won his first game easily, then fate stepped in again. There was Zgank, the opponent who had dominated him in 30 seconds five years ago. This time the game didn’t end early. This time, Brown fought for a 0-0 draw, pushing the game into the Golden Score, three more minutes. Zgank won 1-0. Brown lay down on the carpet, trying to remember every detail. Slowly he stood up. That’s it. He took another look around.

The question lingered, stronger than ever: If it was your last game …? â€œI knew I belonged,â€ said Brown, meaning he simultaneously lost and won the fight that really mattered.

Sign up for our free daily Olympic Games newsletter: Very Olympic today. You’ll discover the best stories, the little events, the things you might have missed while sleeping, and links to the best writings of SI journalists on the ground in Tokyo.

More coverage of the Olympics: