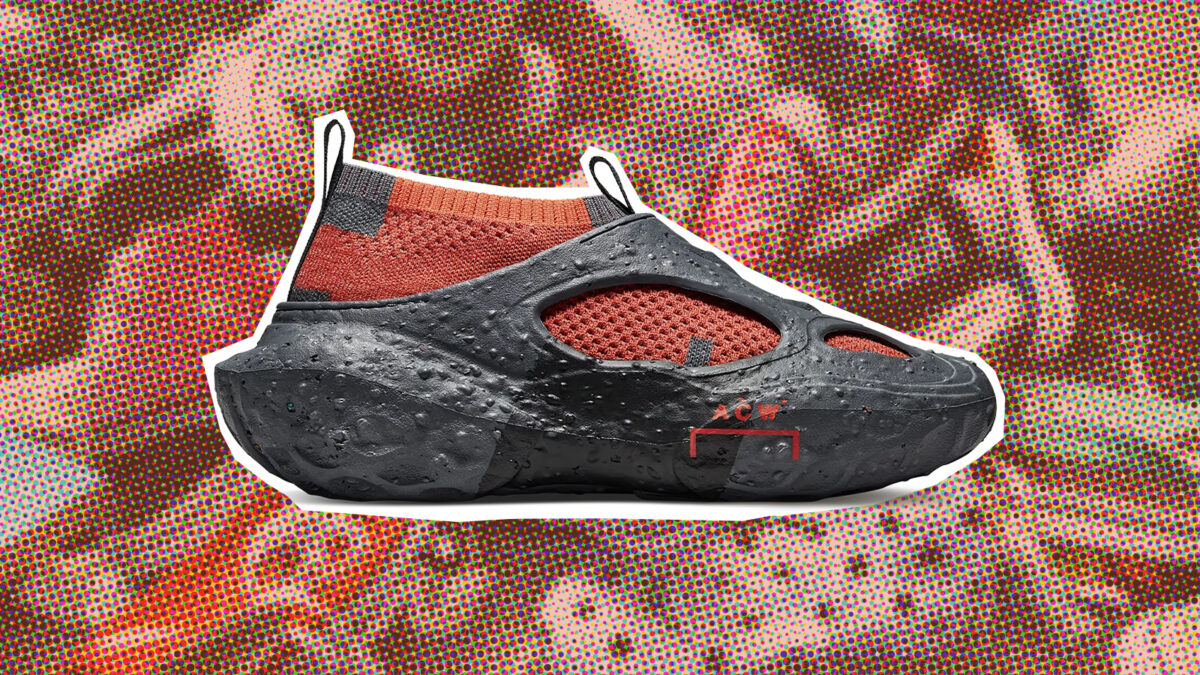 Converse jumps aboard the ugliest sneaker trend of 2022

If you thought the ugly sneaker trend of 2010 was dead, think again. It’s actually quite alive; evolving into even more questionable new shapes and reaching ever more ridiculous heights, as demonstrated by Converse’s latest sneaker.

The mule-cut sneaker, which launched last week, is formed from a sculpted foam body with a sock-like knit upper. it doesn’t have a traditional outsole: the foam midsole is formed with lugs on the sole of the shoe for traction.

Specifically, the foam is Nike Crater Foam (Nike owns Converse), a material that was previously used for sneakers like the Nike Space Hippie. It contains Nike Grid, a recycled product made of rubber, fibers, leather and textiles, which gives it a gnarly look and texture.

It’s somewhat similar to the Yeezy Foam RNRR in appearance – and that’s not by mistake. It seems the current ‘big thing’ in sneaker design is foam or rubber clog design, with brands as diverse as Adidas, Bottega Veneta, Louis Vuitton and New Balance all getting in on the action. Converse is just the latest trend follower – and that’s the problem.

Regardless of what you think of these kinds of clog-like sneakers, the problem is that it doesn’t look like a Converse. It looks like a Nike, uses Nike technology, and should probably be branded as a Nike.

We’re not so sure about the design of the cage as a whole. Making the frame, midsole and outsole the same material might sound distinctive, but what are the implications for durability? How long will this foam and knit sneaker last? Sure, that’s a problem with all clog-type sneakers, but the Converse Sponge Crater looks especially volatile.

Converse is almost a victim of its own success. While the brand has already experimented with more modern designs (for example, in the 80s the Converse Weapon was the NBA’s go-to sneaker, with Larry Bird and Magic Johnson both rocking them), Chucks’ enduring success means that’s really all it’s known for – and its success has hampered their technical growth, both internally and in the eyes of consumers.

It’s anyone’s guess: futuristic sneakers like the Sponge Crater don’t really make sense for a brand like Converse; they’re not identifiable as Converses… But if Converse doesn’t experiment, they’ll just stay in their locker and make nothing but Chucks. It’s a catch-22.

We may not be fans of Sponge Craters, but we’re not enemies of progress. Converse has also produced more modern sneakers in collaboration with rapper and master of taste Tyler, the creator – such as the Gianno and the recently released GLF 2.0.

The inclusion of Nike technology in their sneakers is also not a bad idea in itself. Have you ever tried a pair of Chucks with a Nike Lunarlon insole? It’s like walking on air.

But you should pay us to be surprised in public with these Sponge Craters.