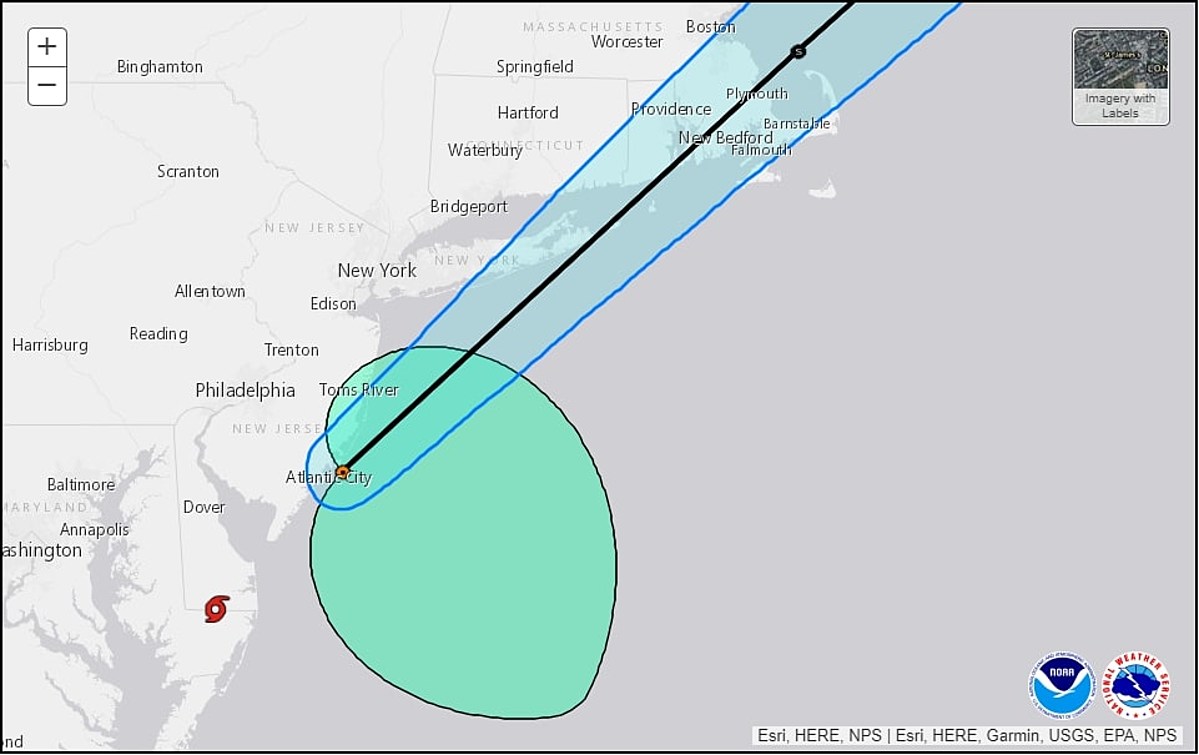 Elsa comes out, then the sun, then more thunderstorms

It’s been a crazy morning so far in the South and the Jersey Shore. Best numbers to date: over 2.5 inches of rain (Mullica Twp, Atlantic Co), wind gusts up to 79 mph (Sea Isle City, Cape May Co) and up to 3 possible tornadoes (Somers Point , Tuckerton and Mantoloking areas). Wow.

Hope you can stay crouched and safe until the worst is done. Tropical storm warnings began to be canceled as they passed central Elsa. Flash flood monitoring remains in effect statewide.

Here is the best news I can give: Elsa is flying northeast. The weather will continue to vary from bad to bad until mid-morning on Friday. And then the conditions will improve rapidly until this afternoon. However, another series of thunderstorms is expected later.

The weekend presents mixed news: Saturday is shaping up to be good, while Sunday is once again unstable. Another scorching summer warm-up is scheduled for next week.

As the stronger band of rain and wind continues to spread north and west, concerns about flash floods and power outages caused by the wind will also continue to spread.

So far the forecast for precipitation has been very close to the forecast (1 to 3 inches for all except NW NJ). There are medium-scale models that show pockets of really heavy precipitation – in the order of 4 or 5 inches. We’ll have to see how it goes when the tropical rain band reaches central and northern NJ – the ground is quite saturated there, which could lead to problems with rapid flooding.

Wind speed and tornado potential were slightly higher than expected. It looks like the biggest threat of this type has passed at this point. Nonetheless, gusts over 40 mph will still be possible, and one or two more quick rotations cannot be ruled out.

Keep in mind that Elsa’s coastal impacts are minimal along the Jersey Shore. However, a high risk of reverse currents and choppy waves is displayed for today. And we could still see the tidal streams going up to a foot. (Some of these back bays have strange orientations, which can lead to unpredictable tides.)

As of this writing (5:30 a.m.), we are already seeing drier skies over southwestern New Jersey. I think 10 a.m. will be the big turning point – that’s when the rain and wind will have largely gone from the Garden State.

Friday: the rest of the day

Friday afternoon, I suspect we’ll see some significant sun breaks in New Jersey. It will always be a very hot and humid day, with high temperatures in the mid-80s.

In addition, the approach of a cold front is expected to trigger another round of severe thunderstorms starting late Friday afternoon. (Totally unrelated to Elsa, by the way.) Again, we’ll keep our eyes and ears on the sky for heavy rains, gusts of wind, hail, and lightning.

The storm threat will end no later than midnight, then the sky will clear overnight. It will be hot and sticky, with lows dropping to around 70 degrees.

The best day of this forecast! Thanks to the cold front on Friday evening, the humidity level should drop a little. (Dew points drop to 60 rather than below 70.)

With a mix of sun and cloud, high temperatures are expected to reach the lower 80 degrees Celsius across most of the state on Saturday afternoon. The only potential problem? An isolated downpour can cut through northern Jersey at one point.

The morning should be comfortable, with temperatures in the 60s. But mostly cloudy skies and an ever-present chance of patchy showers from noon onwards add a more choppy feeling to the second half of the weekend. Temperatures will be warm, although below seasonal norms, near the 80 degree mark.

Warm up and storm again. Below in the mid-80s on Mondays. Mid to upper 80s on Tuesday. The 90s return Wednesday and Thursday. Each day could have a few showers and thunderstorms.

NJ WEATHER CENTER: your forecasts over 5 days and more

KEEP WATCHING: Find Out What 50 Company Logos Looked Like Then and Today

NEXT: Find Out How Much Gasoline Cost The Year You Started Driving