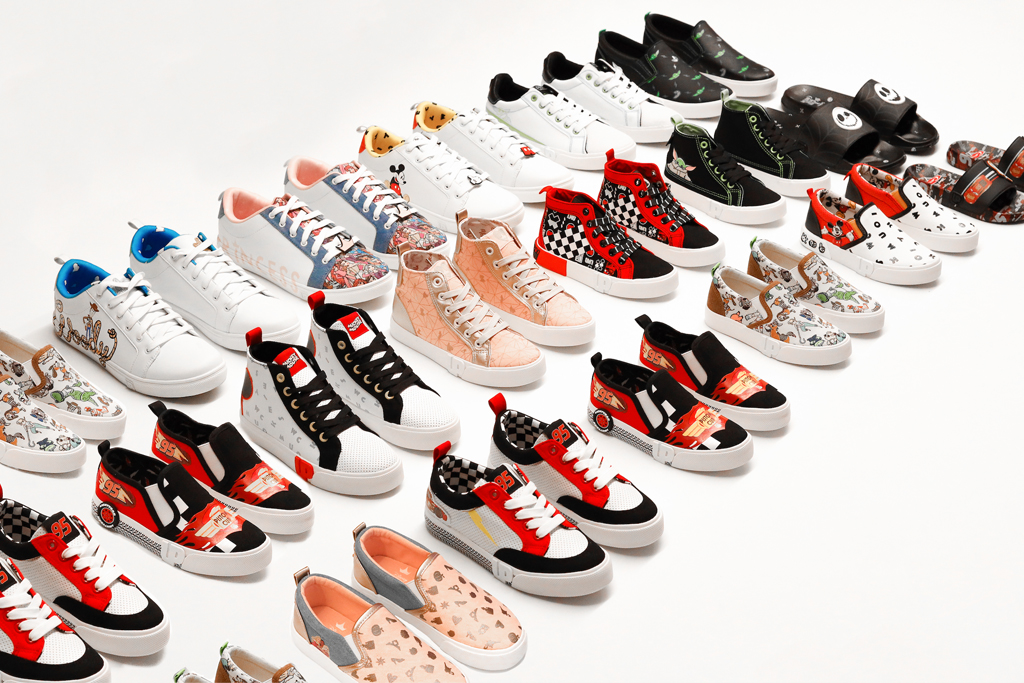 This week, Ground Up unveiled a collection of 22 styles on the e-commerce site, consisting of shoes for adults and children featuring many of the Walt Disney Co. family’s most popular characters.

Fans of “Star Wars” and “The Mandalorian,” meanwhile, will be quick to spot Grogu (aka “baby Yoda:”) on several styles. And just in time for the holidays, Ground Up offers looks featuring Jack Skellington from Tim Burton’s “The Nightmare Before Christmas.”

Characters adorn a variety of casual styles, including slip-ons, lace-up sneakers, and high-tops available in toddler, little kid, and adult sizes. And just for kids and toddlers, there are also padded sports slides with back straps that provide extra safety.

The line’s retail prices range from $20 for toddler slides to $60 for adult high-top sneakers.

Ground Up has been creating licensed footwear for many major entertainment and consumer brands since 2016, working behind the scenes manufacturing footwear for Disney, Nickelodeon, Warner Bros. and others.

But last year, the company made a name for itself by creating a product under its own name. After launching its very first line with Journeys in February 2021, the company has since partnered with Saks Fifth Avenue, Kids Foot Locker and now Zappos.