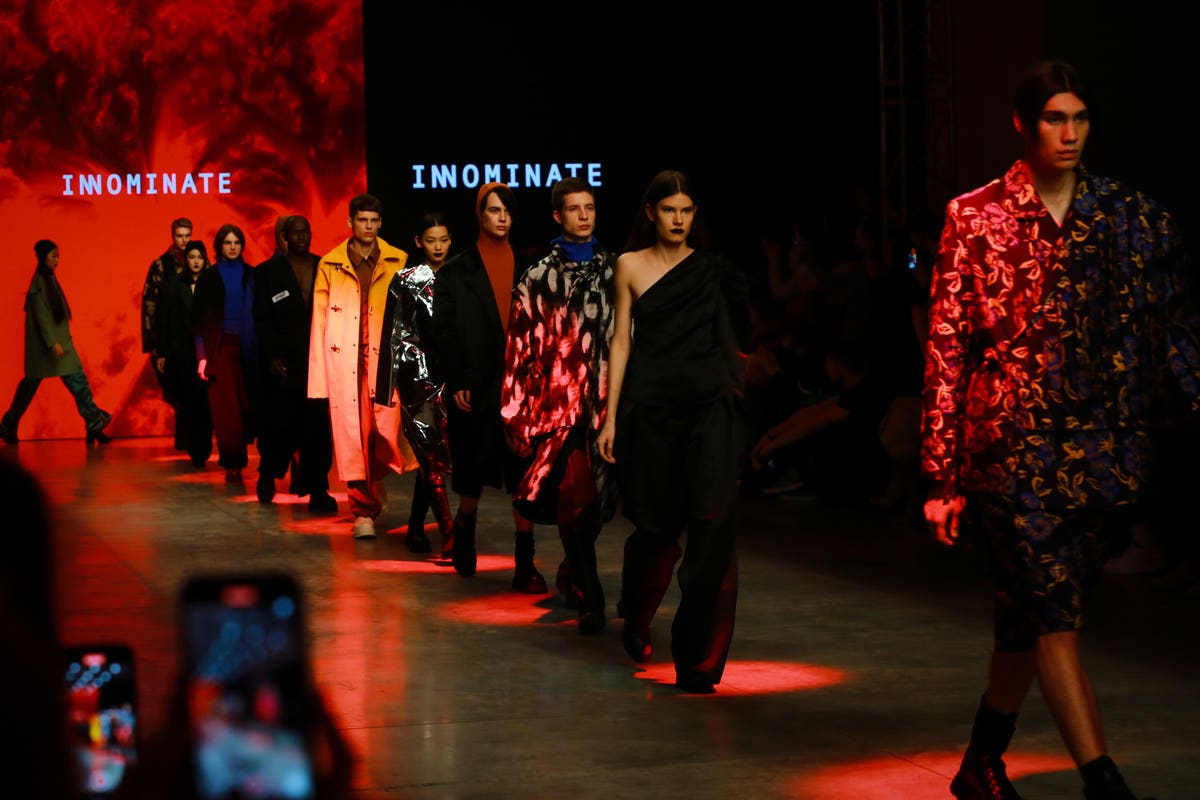 How One Fashion Week defines the green agenda

Moscow does not believe in waste. It could easily have been a provocative slogan for the recent edition of Mercedes-Benz Fashion Week Russia paraphrasing the legendary title of the Oscar-winning Soviet film. Moscow does not believe in tears. Organizers have quietly pushed the industry’s status quo on sustainability and interculturalism for years. #MBFWRussia was among the first to ban fur, embrace live streaming, champion modest fashion, and prioritize emerging talent. With strategic support from the Russian Fashion Council and the Fashion Fund, the seasonal event has grown into the largest and most impactful fashion platform in Eastern Europe. This season, post-pandemic vulnerabilities have necessitated a temporary reduction. The performances were held at the Moscow Museum instead of the massive Manege pavilion just outside the Kremlin. The change allowed for a radical realignment of the mission towards more sustainable goals.

Big changes show up in little things. For example, #MBFWRussia ended its long-established practice of customizing designer t-shirts by volunteers and staff on site. This time, upcycling specialists’ Rishi created 200 uniform shirts for the entire event team using second-hand clothing. The idea dominated the narrative and mood for the season, with perhaps its most memorable highlight being an unlikely collaboration between emerging talent and one of the nation’s top garbage collectors. You read correctly ! This fall, the Russian Fashion Council and EcoLine Group, Moscow’s leading waste-handling operator, had partnered with the Vtoroe Dykhanie charity fund to transform donated second-hand clothing. The discarded clothes collected by the Fund in the spring were given to the designers of RigRaiser and VINA for recycling. This sustainable fashion idea supports two important trends: education on existing recycling technologies / practices and conscious consumption. The key message of the project was that unnecessary clothes, donated to charity, could be the basis of real designer runway collections. A good reason to review your wardrobe before throwing it away.

According to the Russian government-backed eco-operator, clothing and footwear currently make up 25-30% of landfill mass: Russia has seen a 15% increase in textile waste since the early stages of the pandemic. However, Russia is experiencing a growing popularity of upcycling fashion. Moscow shopaholics are starting to spend on branded recycled pieces, and Local Fashion Week is fueling the trend, adding more sustainable designers to the program.

The final results were the talk of the season. RigRaiser’s philosophy – “style as form, awareness as a means, art as mission” – has created a fascinating assortment of looks spanning the gamut of aesthetics, from the casual office to the provocative. nightlife. Meanwhile, VINA wowed audiences with its shiny patchwork and innovative tailoring. â€œOur collaboration with Mercedes-Benz Fashion Week Russia is a way to showcase a reasonable and creative approach to using unwanted clothing, and it can also help make slow fashion a new trend. If we had a sustainable clothing collection and recycling sector, it could significantly contribute to waste reduction and the ecological situation. Reducing landfill waste and recycling are among the top national strategic priorities, â€said Evgeny Mikhailov, Chairman of the Board of EcoLine Group. â€œWe are delighted that these ideas are brought to light at Russia’s biggest fashion event. It covers a very passionate audience, â€adds Oksana Bachina, Content Director for EcoLine.

Elsewhere on the trail there were a few critical highlights. Brothers Roman and Alexander Kim launched their streetstyle label Innominate with the aim of exploring the spectrum between masculinity and femininity, darkness and light, and other counterbalanced concepts. The young brand is one of the fourteen winners of the Russia Fashion Fund. Active since 1996, Sergey Sysoev is one of the most established names in the Russian fashion landscape. He was inspired by the natural, painted and marble flowers of historic aristocratic country retreats scattered throughout the Moscow region. Meanwhile, St. Petersburg’s best-kept secret, ZA ZA by designer Alexandra Koryakina-Nikolayeva, presented one of the most structurally fascinating collections, designed to look like flowers stretching towards the sky. sun to flourish. Stylist turned fashion entrepreneur Alexandr Rogov delighted followers with a â€œsee now, buy nowâ€ collection that had been his most practical for years, but lacked enthusiasm. N Legenda marked her fifth year at #MBFWRussia with a monochrome ode to â€œandrogyny and omnitudeâ€. Apparently in spite of itself, Moscow seems to be evolving in its attitudes towards a more fluid gender expression.

Shades of green are the new tricolor when it comes to expressing national pride. â€œA growing number of designers participating in MBFW Russia support the sustainability guidelines. Fashion Week is moving as much as possible towards the closed cycle. We consistently support digital fashion, having given up on merch production and working on reducing the event’s carbon footprint in general. The Russian Fashion Council intends to introduce sustainable practices not only during Fashion Week, but also beyond, â€said Alexander Shumsky, chairman of the Russian Fashion Council and Mercedes-Benz Fashion Week Russia.

With Russia being one of the few notable absentees from # COP26, the United Nations climate change conference in Glasgow this month, it should be recognized that cultural initiatives sometimes have the power to deliver important messages otherwise lost. in the media brewing of practical sound clips. Mercedes-Benz Fashion Week Russia’s continued leadership in sustainability within the fashion industry is another prime example of fashion diplomacy at its best.

How ADHD Affects Sports and Exercise for Women