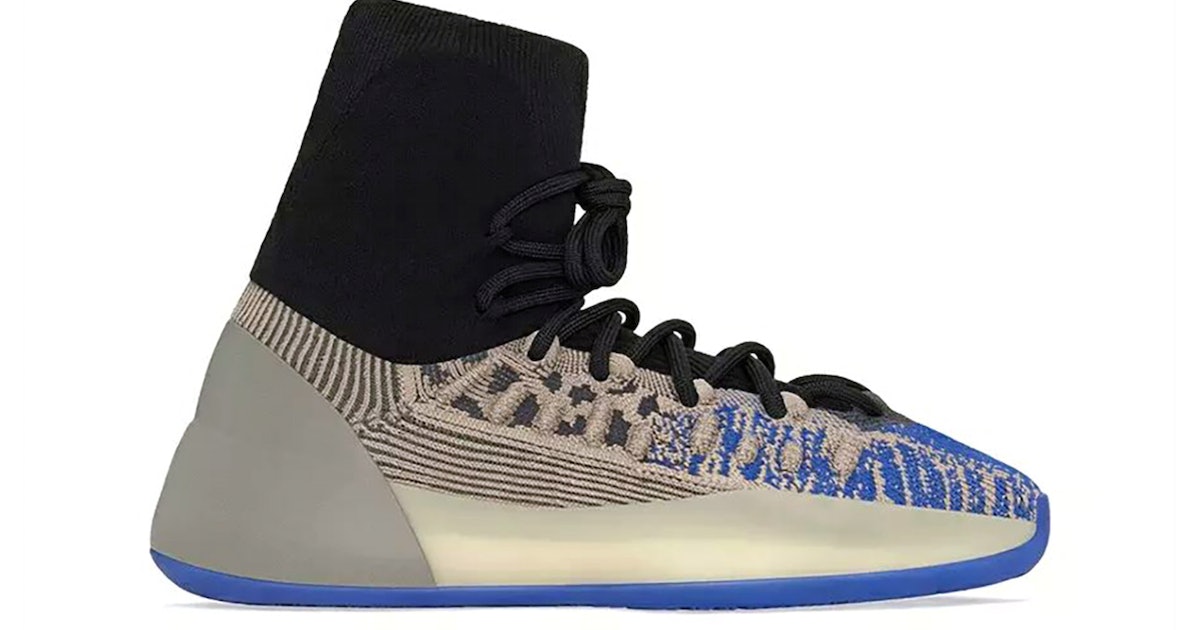 The basketball season is not over for Adidas Yeezy. The Kanye-led label plans to release its BSKTBL Knit sneaker this week, now dressing its mixed knit upper in beige and royal blue. An elongated black collar, reflective heel counter and solid blue outsole complete the court-ready shoe.

The BSKTBL Knit was first released in late 2021, outlining a hopeful revival for Adidas’ basketball division, which has crumbled in recent years. Yet even the Yeezy hype doesn’t seem to have helped: the brand’s first-ever basketball sneaker, the Quantum Basketball, was widely snubbed by athletes and hypebeasts alike, while the BSKTBL Knit currently resells well below its $300 retail price. Pairs can be found for as little as $126, though it’s worth noting that a new release and color scheme might up the shoe’s value slightly.

Looks (and feels) ballsy – Where the hype is lacking, the performance specs might make up for it. The BSKTBL Knit combines the reinforced ankle of the Quantum with the knit upper of the Yeezy 350 v2 sneaker, for a silhouette that is both strong and elegant. Underfoot, Adidas Boost cushioning lines the midsole for added comfort, especially for those shooting hoops in sneakers.

A “Slate Azure” blue hue covers the toe box and outsole of the shoe while the knit upper takes on a light beige color scheme. Iconic details like a black elongated ankle collar, matching black laces and reflective heel tabs – all seen on the initial BSKTBL knit – complete the sneaker.

Cop now, or later – Chances are you can easily secure the BSKTBL “Slate Azure” knit when pairs drop on June 10th. The sneakers will be available through Adidas’ confirmed app for a hefty $300 – but if you’re willing to wait a bit for your kicks, resale prices are likely to be more appealing.

As previous BSKTBL Knit releases have shown, hypebeasts (and subsequent stockists) aren’t necessarily looking for a performance sneaker, which means demand won’t be as high as other Yeezy releases. You could walk away with a pair of basketball shoes for less than half their retail price – a much better way to play, in our opinion.

Our favorite sneaker for the summer