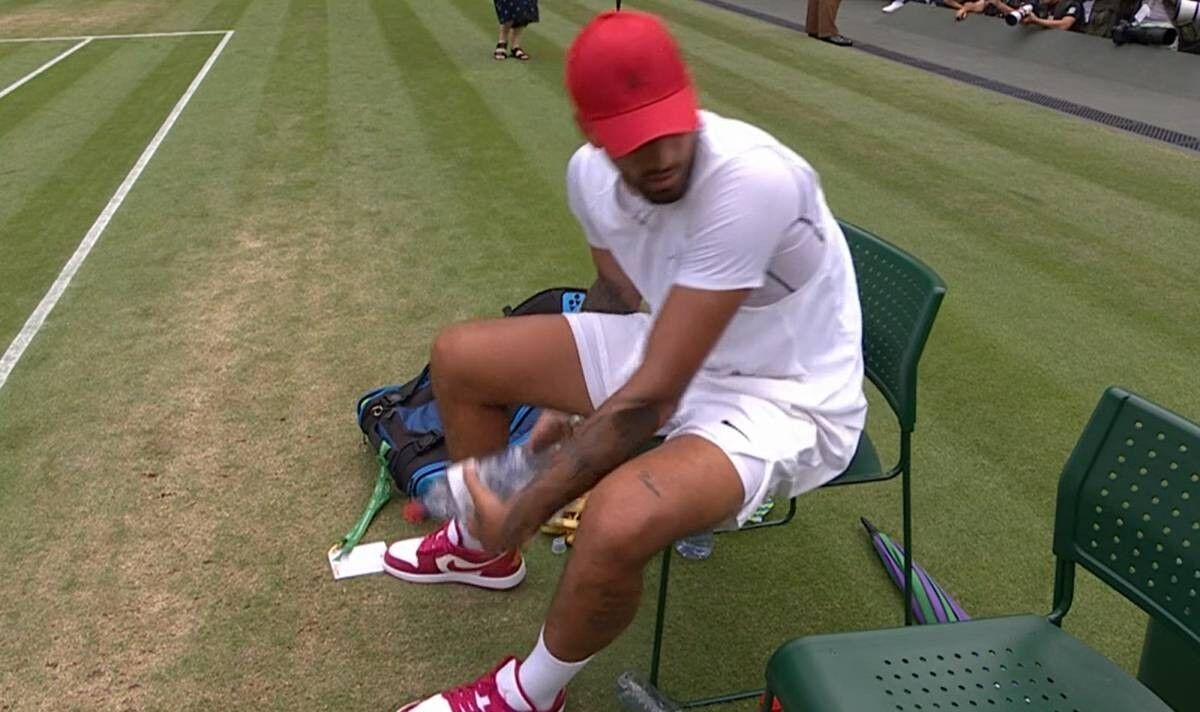 Nick Kyrgios appeared to go out of his way to liquidate Wimbledon authorities by breaking competition rules the moment he stepped onto center court. And the referee’s office has confirmed the player should be reminded of the rules after showing a blatant disregard for the dress code before and after his win over Brandon Nakashima today.

The controversial Australian led the bill in front of a packed royal box with many onlookers wondering what use they were to a player who has certainly grabbed headlines this year every time he played.

Kyrgios certainly did not disappoint. Wimbledon’s strict all-white dress policy is recognized around the world and even top players like Roger Federer have been warned in the past of the slightest transgression.

The regulations observed by all other players who take part in the championships state that “competitors must be dressed in appropriate tennis attire which is almost entirely white and this applies from the moment the player enters the enclosure of the ground.”

So it looked like nothing more than a direct challenge to the authority of the All England Lawn Tennis Club when Kyrgios descended the famous stairs from the changing rooms and stepped out onto the hallowed turf wearing a pair of bright red trainers.

Straps and bra bands have been banned in the past and Tatiana Golovin got undone because her scarlett panties were shown when she was serving in 2007. Even defending champion Federer was told after her first-round match in 2013 that he had to refrain from wearing the orange-soled shoes provided by sponsors Nike.

And the following year, Martina Navratilova, one of Wimbledon’s most famous players, was reprimanded for sporting a thin blue stripe on her skirt.