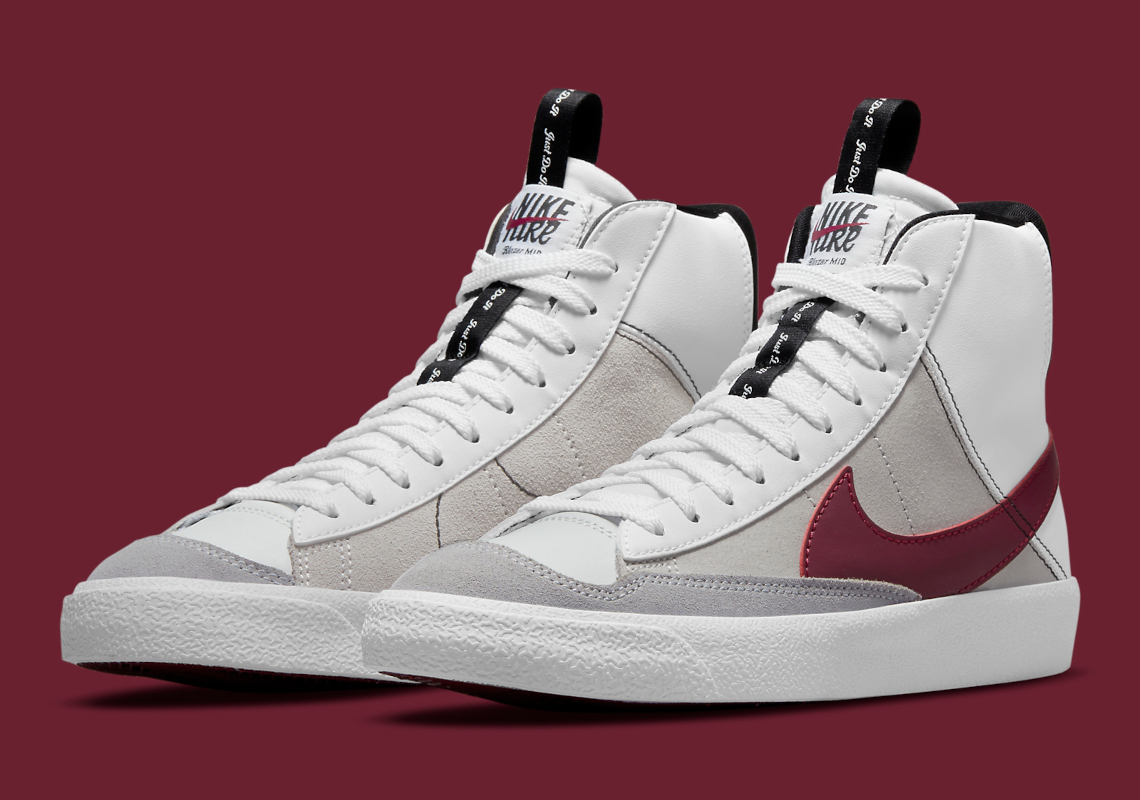 As the brand’s first official basketball sneaker, the Nike Blazer Mid ’77 has done a lot over the decades. For her latest proposal, the mid-rise silhouette emerged in a kid-exclusive â€œWhite / Black / Summit White / Brown Rushâ€ color style with a â€œdeconstructedâ€ look.

Unlike most sockets that landed on the model made for hardwood. the newly remade pair indulges in split construction on its upper: suede appears around the toe and through the midfoot, while synthetic leather lands along the tongue and all the way down the heel. The seemingly random layout allows the sneaker’s color scheme to shine, as well as the ‘deconstructed’ aesthetic to shine through. “Rush Maroon” enlivens the lowered and partially hidden lateral swoosh, and the mark on the tongue tag and medial side. The titular logo on the instep is only contoured, resembling old Nike Sportswear offerings inspired by the diagrams. Elsewhere, the Nike Blazer features a pull tab on the tongue, an additional “Just Do It” message above the laces, and a wine-like outsole underfoot.

Enjoy the official images of the pair below and anticipate a Nike.com launch on November 21.

In sneaker news, the Air Jordan 1 Low has recently appeared in some compelling new styles.

Make sure to follow @kicksfinder for live tweets during the release date.