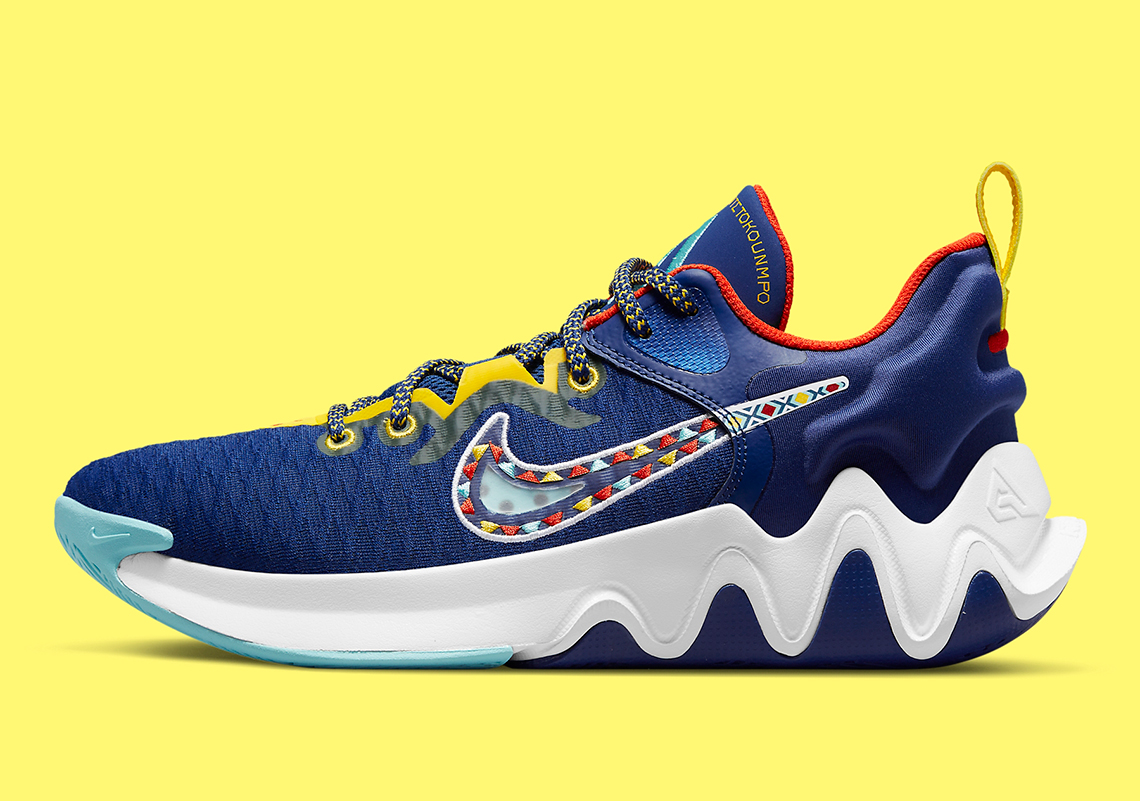 It hasn’t been long since the Nike Giannis Immortality first appeared, and the brand only recently got started on their next colorways. Appearing a few months after the last, this pair appears to incorporate African tribal details, ostensibly paying homage to the athlete’s Yoruba roots.

A dark blue serves as the base for the colorway, coloring both the forefoot and the synthetic heel. Primary colors dress over the top, with the most notable examples being the red detailing on the liner and the bright yellow along the eye edges. So the Swoosh uses these two shades along with a bright sky blue for its flags and tribal print. Additionally, the Greek Freak’s logo accents the zipper pull and its name accents the medial and tongue.

For a closer look, check out the official images below. The sizes must reach Nike.com and select retailers in the coming months.

In other news, the Nike PG 6 has just been unveiled in a new colorway.