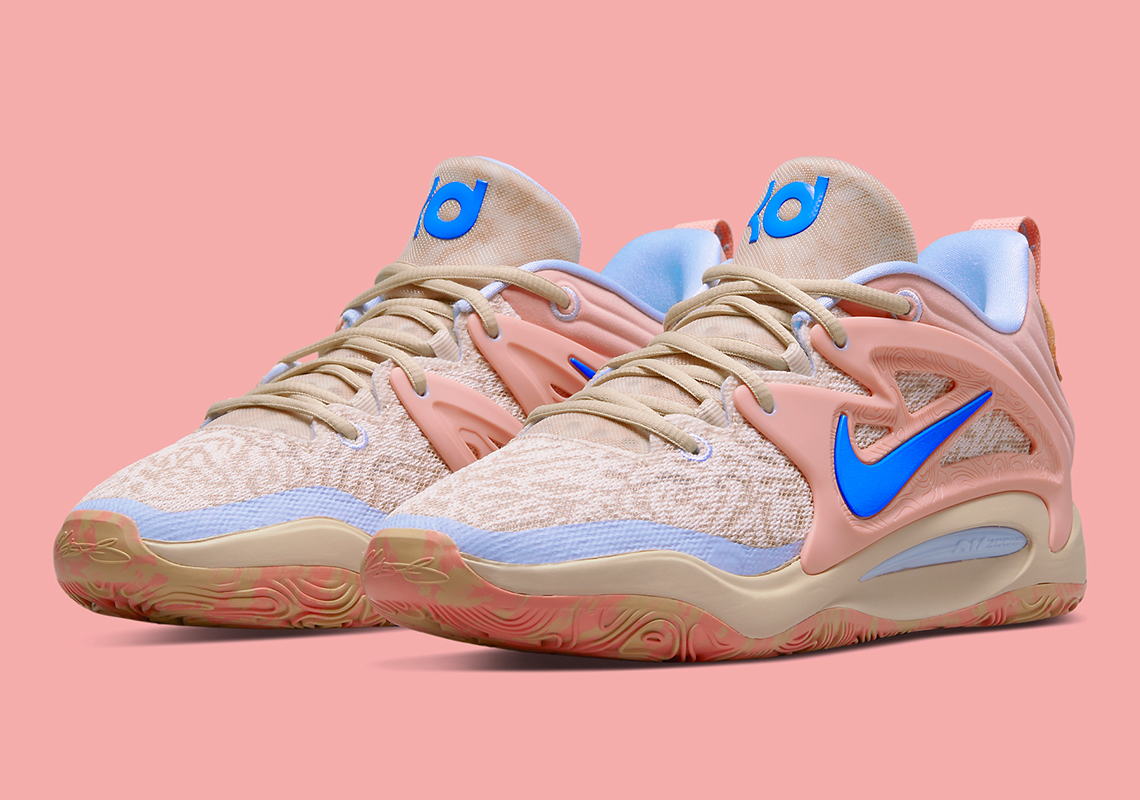 Kevin Durant recently made headlines when he revealed to David Letterman that he was high on kush during their interview on the late-night legend’s Netflix show, My Next Guest. Durant revealed that he’s been using marijuana since 2002 to calm down and get rid of distractions, but since marijuana is an NBA banned substance, he’s likely not using it this season. Durant is one of many public figures working to reduce the stigma and narrative of marijuana, and he’s currently involved with Weedmaps, a tech company that provides information about marijuana dispensaries.

Speaking of shoes, his fifteenth signature shoe with Nike, the KD 15, is set to debut later this summer for $160. Today we show you a first look at an all-new colorway centered around a tan and light pink upper with light blue and royal blue accents. A marble finish on the outsole and a pattern on the tongue and technical mesh add a bit of elegance to this otherwise sport-focused model.

Currently, a release date for this particular KD 15 is unknown; see official images ahead and stay tuned for release updates.