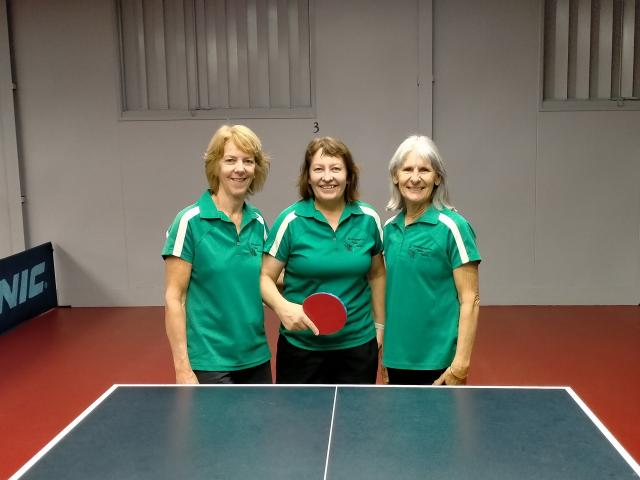 Hot on the heels of three table tennis representatives from Rockhampton who achieved great results at the Queensland Veterans Championships in Mackay towards the end of July, Ann-Louise Stewart, Monica Deeth and Pam Clarke have now been selected to represent the State at the National Veterans Carnival. in Darwin more than eight in October.

Stewart and Deeth were selected to represent Queensland at those national titles in over-fifty teams, while Clarke was chosen from the state side in the over-sixty-five section.

As part of their preparations for this National Carnival, this trio will compete in the annual Local Club Closed Championships taking place later this month at the Leichhardt Park Table Tennis Center on Campbell Street, along with team mates.

The city’s veteran competitors will take to the courts on Monday, August 22, and participants will have to step back and join their younger counterparts when they play in the early stages of the open singles available for men and women the following evening. The tournament will conclude on Tuesday, August 30 with the men’s singles playoff as well as the open doubles and second division plate event which will be created from the round robin singles for both men and women. The winner of this year’s women’s singles event will be known on the first Tuesday of the championship and there will be a strong team to challenge for that coveted trophy.

In the meantime, the city’s main players will continue to play in the weekly Open Match competition with the third season of the year kicking off a few weeks ago. The seedings are fairly grouped in both divisions and it will be interesting to see if any teams break away from their groups as the season progresses towards the premiership flags which will be decided by first-past-the-post ballot.

In the top division, Matthew Pettett and Glen McDonald currently share the lead with Joel Coughlan and Ann-Louise Stewart, but the other teams are very close, including two other teams sharing third place just one point off the pace.

Jakob Baker and Jeff Green share the lead with Nolan Hao and Geoff Geddes in the second section just ahead of Dave Hockings and Linda O’Sullivan with a few other outfits not too far away. There is a bye in this competition, so there is an excellent chance that the true winner of this game will not be known until the last week of the season at the end of the school term.

Those interested in playing the sport in a less competitive way can join in the fun on Mondays from 7:30 p.m. and veterans of all skill levels are invited to the very social Bat and Chat session on Mondays from 10:00 a.m. Junior coaching continues under the direction of experienced and qualified coaches from 4:30 p.m. on Thursday. Confirmed juniors take part in other training sessions organized and given by the club’s coaches. An opportunity also exists for social actors to have a hit on Saturday afternoon between 2:30 and 4:30 p.m. Equipment is available for these sessions and players only need non-marking athletic shoes in addition to a hitting partner.