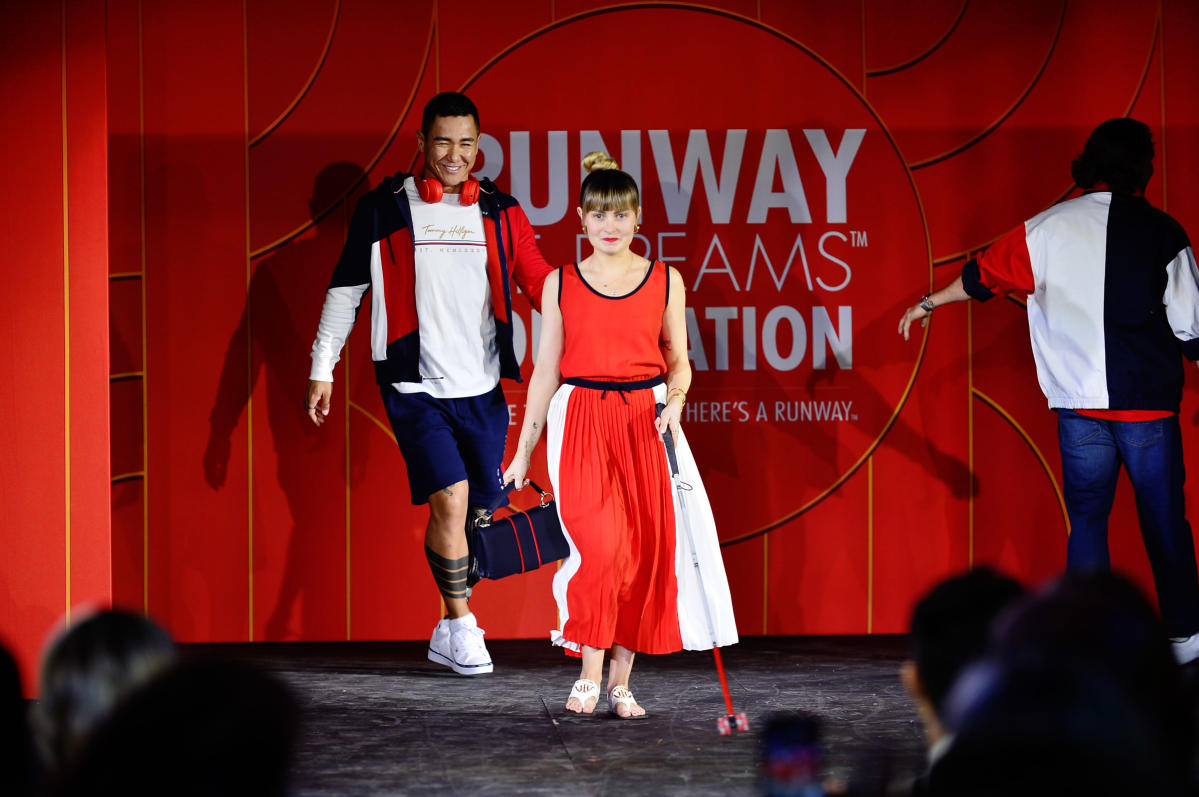 Runway of Dreams made its Los Angeles debut on Tuesday night at the Majestic Downtown.

“LA has arrived,” Mindy Scheier, founder and CEO of Runway of Dreams, told WWD. “It was the biggest, most energetic show we’ve ever had.”

The organization, established in 2014, works to foster the inclusion in the fashion industry of people with disabilities. Entitled “A Fashion Revolution,” the show featured more than 75 looks worn by models with disabilities who showcased adaptive clothing and footwear for children and adults. The designs were made by main sponsor Kohl’s Corp., as well as Tommy Hilfiger Adaptive, JC Penney, Target, Zappos Adaptive, No Limbits, Be Free, Minor Details and Wyatt Wear.

“We are changing the fashion industry by creating a new category of adaptive clothing and footwear,” continued Scheier, who is the mother of a child with muscular dystrophy, Oliver.

It was in 2018 that Runway of Dreams decided to present its fashion show in a new city, in addition to its annual presentation during New York Fashion Week. The organization has expanded to Las Vegas and Miami to spread its message of inclusion and raise funds for the cause.

“We intend to grow exponentially, not only in our shows – and we really hope to have a global footprint with our shows as well – but also with the direct link to the pillars for which we fundraise,” said Scheier at WWD. in February plans to come. “There are the scholarship programs for students who focus on coping as their future, as well as our college club programs, which we have at over 17 universities across the country, as well as our scholarship program for wardrobe, of which I am personally very proud. de, which grants money to individuals, families, organizations to be able to afford new adapted clothing. No matter how much we get the product, there will always be a part of the population that cannot afford it due to medical necessity. We have implemented this program to be able to solve this problem.

According to Scheier, Runway of Dreams will next premiere Sept. 12 during New York Fashion Week at The Glasshouse, the 12th Avenue event space.