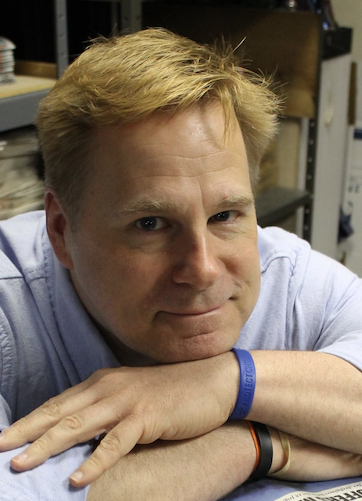 Shoe leather matters in the news

Wondering where the information will come from tomorrow?

There was a time when all you needed was some ink-stained morons from the local paper or the evening news with iron newsreaders like Cronkite, Murrow, Brinkley, Jennings, Brokaw, Savitch, Couric .

The newspapers are still there, and thank God. If they die, a gaping hole will be left in communities that may not realize how much they relied on them, until they are gone. Real and original reporting – the shoe leather interview and street photojournalism – is still largely done by newspapers. Not TV presenters, websites, social media posters or bloggers.

If not for the newspapers, who is going to provide the facts needed for voters to decide in local elections? Who’s going to keep their feet on the fire if people aren’t properly represented? Who is going to cover a fire, a protest rally or a high school graduation? Who will, as one of my former professors of endless journalism would say, “comfort the afflicted and afflict the comfortable?”

The change is now rapid. Where once we could safely assume that newspapers that had been around for a century or more would always continue to exist, economic realities are making it increasingly difficult to survive and continue to employ staff to do whatever is necessary .

Newspapers, magazines, radio and television are increasingly delivering information online in addition to their traditional formats, in some cases even replacing these ‘legacy’ formats. It’s not a terrible thing – it’s faster, cheaper, and has a chance of reaching people who aren’t interested in holding a physical information product in their hands or waiting for a news broadcast . They want what they want, and they want it instantly.

Of course, that means they may miss out on everything else, which may mean they don’t get a full stream of information and feedback. You don’t know what you don’t know, if you don’t see it or hear it.

These traditional news media are not going to disappear overnight. Some providers, in one form or another, will be around for many years to come. Survival will depend on their action do their job well, be trustworthy, and provide information that isn’t readily available from other sources – because they’re no longer the only game in town. Big city newspapers that cover a lot of national news can go the juggernaut’s path – there are hundreds of faster sources to get this information for free or at low cost. The network’s national news is also doomed – there are too many competitors now siphoning off viewers and advertising dollars. Local information products have a better chance of surviving and even thriving, if their communities appreciate and support them. The big boys will by no means cover a small town or village.

Local newspapers, radio, television, and even Facebook posters will have to resist the temptation to follow 24-hour cable news channels down their slippery slope, in which facts are twisted or sensationalized to attract followers. a particular set of beliefs. Once universities and crusty old mentors hammered journalism students with the term “objectivity” – something you sadly don’t hear much about anymore.

What will tomorrow bring? Some sources of information that we haven’t even imagined yet? The internet itself has an entire generation now, and even some of its steadfast sources have become outdated and lagged as newer, shinier apps and vendors hit the scene. The field is wide open and constantly changing; the only thing certain now is change, which is coming faster and faster.

Media students ask me a lot of questions about their future prospects. On the other hand, they cannot count on a major newspaper or a television channel which will necessarily continue to exist throughout their career, no more. But on the plus side – and that’s a big plus – an ambitious young journalist can now carve out a career from the back seat of his Honda Civic. You don’t need a factory full of thundering presses or TV studios full of giant cameras. You can design and print a magazine or newsletter on a laptop, or film an on-site news show for YouTube from an iPhone and beat the national media.

Here’s the thing: we all need information. We need to know what the government is doing, what the weather is going to be like, how the soy market is doing, what’s on the menu of a new restaurant opening next week, who among us is realizing the unusual and why, and yes, who has left this mundane sphere since we last checked.

More than ever in history, however, sources of information are fragmented, even fractured.

Who do you turn to for information? There will be as many different answers as there are people, and there will probably never be a single clear answer again. Newspapers are still a major player, but each will likely reach only a fraction of households in its area. Radio news, especially if using digital, also remains strong, but there are many stations and Sirius too, so only a fraction of potential listeners will be tuned to a particular show at any given time. TV news was once a three-network dogfight, but now there are hundreds of cable channels and a growing array of streaming choices with different lineups that may or may not include local stations. What are the chances that people will see a particular report on a particular station at a particular time?

Online sources of information are outrageously plentiful, but a roll of the dice. Some do journalism pretty well, but to pay for it, you risk being inundated with ads or paying a subscription. Otherwise, any yahoo can post ridiculous opinions or outright lie in the name of “news”. In many cases, you’d be better off with Saturday Night Live’s “weekend update” than searching for news through Google.

You can’t always rely on many sources to be balanced or fair these days. And no one is likely to provide everything you need to be knowledgeable and engaged in your world. The digital world was supposed to make life easy, but in some ways it’s more work and responsibility than before.

It will be up to the consumer to make wise choices and keep their BS meters primed. Choose sources that are honest, not just those that tell you what you want to hear or what you want to be true. Check the facts against several good sources before assuming they’re true – if they seem wonky, there’s probably a reason. Please don’t take a secondhand meme, or a desperate talk show, or a politically inclined website, as gospel. Read or listen beyond the first sentence or two – the devil is often in the details. Ask questions and don’t be satisfied until you find answers. Don’t get overwhelmed by a digital tsunami of “news” to the point where you see everything but learn nothing.

And remember, when it comes to news, the leather in the shoes still matters, and so do the reporters who lace them up.