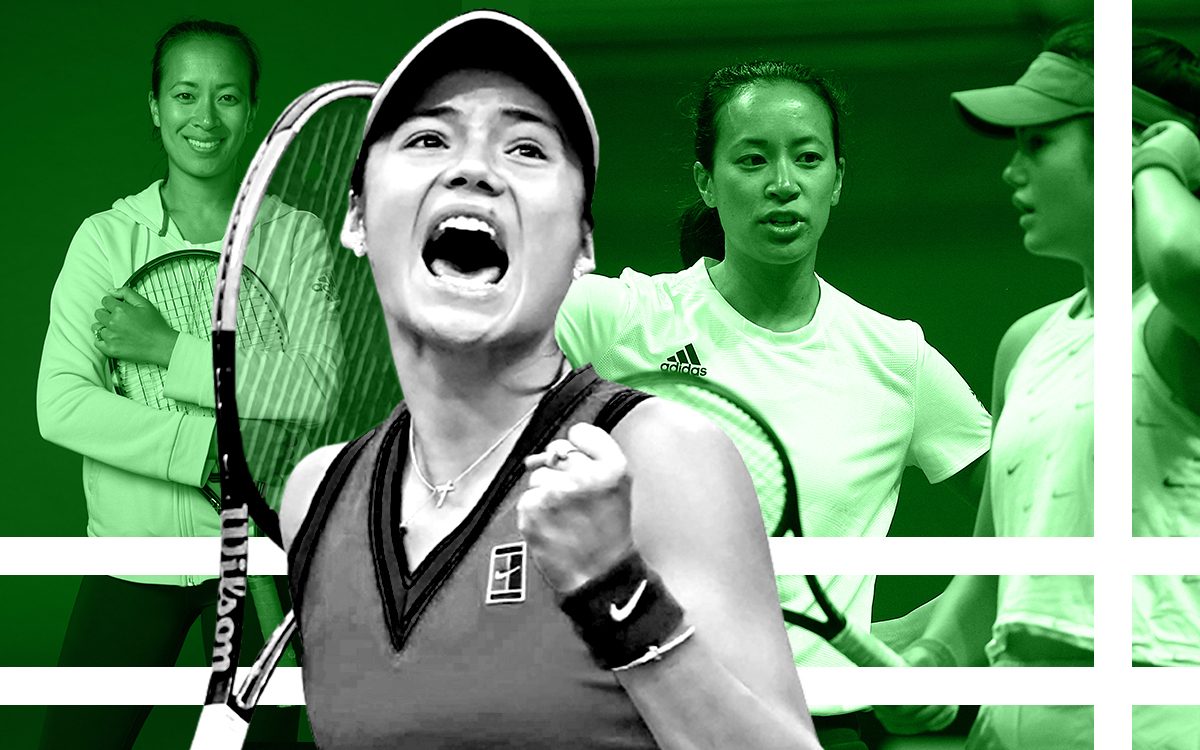 Sportswoman of the Year: Emma Raducanu’s special feat will serve as an inspiring wake-up call for tennis

Although I’ve never won a Grand Slam, when I look back on my own tennis career – reaching Britain’s No.1 and at 17 the youngest player to make the Fed Cup squad – I can’t not help but think it was so crazy. Where we’re from, people didn’t have a career in tennis. Despite the obstacles, my parents changed that. Four of us grew up in a housing estate in a cramped apartment in Hackney, playing in Hackney Downs Park, the sacrifice and dedication of my mom and dad was unreal. I was a child who counted and received free school meals.

My parents were the driving force behind it all, my father an immigrant from Laos, my mother a refugee. The only thing they always pointed out to us was, “We’re doing this because we want you to have a better life than ours.” If you are good at tennis it will give you opportunities.

But getting into the sport, even at the junior level – and still today – takes money. My father worked nights, my mother made money as a machinist sewing clothes in garment factories. The money they earned went to pay my tennis teams.

Instead of summer vacation, we went to tennis tournaments – I was there before I even knew how to score. At that point there were cash prizes up for grabs, and it was up to mum and dad to help pay for gasoline or my registration fees for the next event. Learning to compete and finding a way to win from an early age allowed me to accelerate my understanding of the sport. Some tournaments offered sportswear as prizes, and soon my whole family got equipped with Adidas tennis shoes, or sweaters if you were the finalist.

I remember a coach asking me why I was playing all these competitions and didn’t have the courage to say, â€œWell actually we need the money to fund everything. It took every penny my parents had, as well as the help of my family members, to keep my tennis going. I joke with my dad now that he was such an arrogant parent, but who knows where I would have been without him.

For this reason, I have always been very conscious of money. In my role as captain of the Billie Jean King Cup, I now tell UK players ‘don’t take it for granted’. It’s a blessing to have so much financial support available, but there is a danger of creating a culture of law, and I think there needs to be more responsibility on the part of the players. They should respect it, not expect it. This is one thing I stress with the team: you don’t realize how lucky you are. Don’t moan. Work hard and the opportunities will present themselves.

For some British players, Emma’s success is difficult to apprehend. They trained with her, they beat her, to think that she left and won a Grand Slam is difficult. This is the goal they have worked so hard for from a young age. They’re happy for her, sure, but it’s a huge wake-up call – inspiring, but not easy. With Emma, â€‹â€‹British tennis is much more diverse than it has ever been. It’s a world far from what I experienced growing up in the 90s. I’ve always been aware that I don’t fit in. Whether it was my mom’s broken English, our financial situation, or my skin color, the other girls were different from me.

As Emma walked past the juniors, I often wondered what it meant for her to see someone with a complexion like me. It is something that I have never experienced. From now on, she will be this beacon for others. I think about it for my daughter and my son, that they can identify with a British player of Asian origin, who looks like them. Tennis shouldn’t be a white middle class sport, and Emma’s success sums it up beautifully.