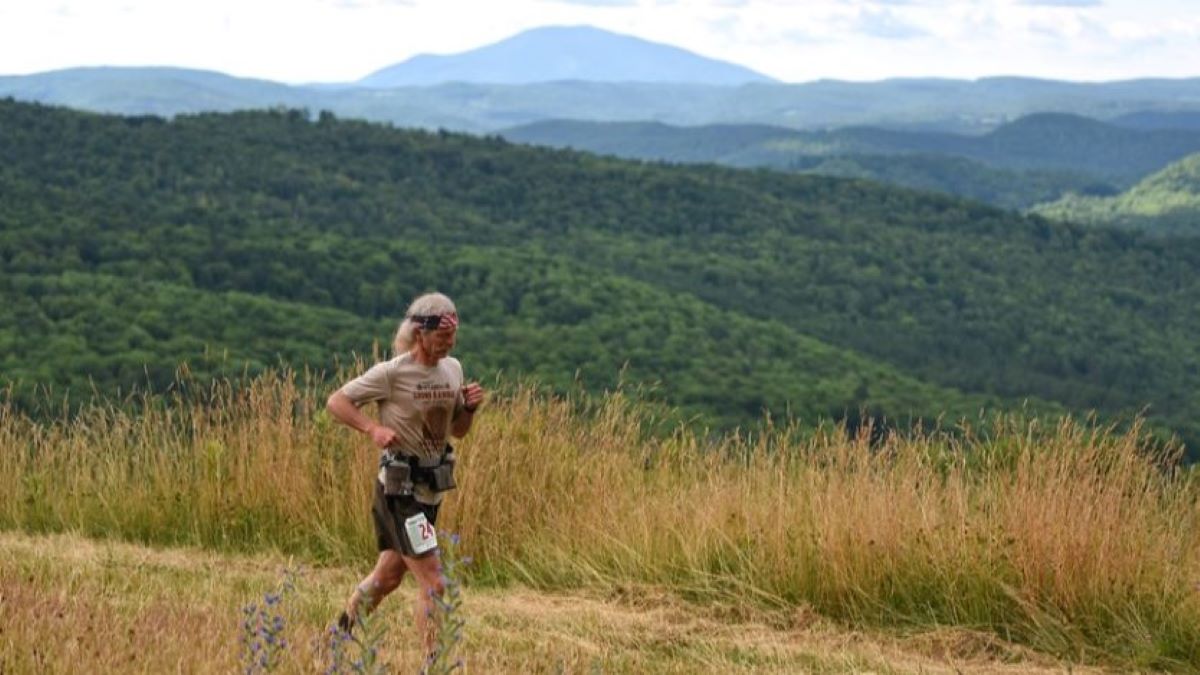 Twenty years ago this week I ran my first Vermont 100 miles and my third 100 mile run. As a newcomer to the sport, I was somewhat impressed with the talent and ability in the field. As we started the race in the pre-dawn darkness, I found myself running alongside a handful of ultra-running dignitaries, most of whom I had heard of, but who I had never met.

There was Germany Hans Putmultiple times hard rock 100 finisher as well as a Barkley Marathons fun race finisher. With Hans was Pennsylvania Joe Kulak, a newcomer to the scene with a fast road racing pedigree. From New Mexico, Eric Cliftonwith his trademark colorful tights, pulled it out hard, as he often did in those days, and chatted early in the morning. Ian Torrencealready star of the scene in 2002, played the second leg of the Ultrarunning Grand Slam That day. And then there was John Geesler.

As the sun rose and the day began to warm up, I fell into John’s stride and immediately took note of his unique look and measured approach. Dressed in road shoes and woolen socks, Geesler had the face of a hardened veteran. His salt-and-pepper ponytail bounced as he ran. With a cotton T-shirt, a pair of long loose shorts and a belt with a metal military canteen attached to it, John was a guy who stood out among the rest.

We quickly fell into an easy conversation. I learned that John was from upstate New York and was running his 12th Vermont 100 Mile. I said to myself quietly, “I think I’ll try to stay with this guy.

At mile 44, after running together for several hours and launching into the camp 10 loop, John slowly pulled away from me. He would finish third that year behind Put and Kulak in 16:01. I ended up finishing about 50 minutes behind John that day, and I was so honored that he was there to greet me at the finish.

With his metronomic running style, in-depth knowledge of the courses, and innate control of pace, I have always considered John the classic Vermont runner. Even if he already had impressive finishes at the time Western 100 States, Massanutten Mountain Trails 100 Miles, Mohican 100 milesand Rocky raccoon 100 milesI kept thinking of him, more than anything else, as the accomplished Vermont 100 Mile runner.

I ended up going back to Vermont four more times over the next few years and each time I went I enjoyed catching up with John, running a few miles with him and watching him do his thing.

And so it was with great interest and excitement that I learned earlier this week that John is still going strong. At this year’s event, after two years of COVID-19-related cancellations, he completed his 28th Vermont 100 Mile. Now every year he comes back, race director Amy Rusiecki assigns him a bib number corresponding to his number of starts. At 68, John is no longer the 24-hour runner he once was.

But his 28:33 finish last Saturday, wearing No. 28, proved to me that he’s still Vermont’s consummate runner and still has plenty of gas in the tank. In this age of bucket list races and one-and-done ultrarunners, it inspires and motivates me to watch John return, year after year, to the running he loves.

And so it is that I suspect, no matter what happens in the world between now and next year’s race, we will see John Geesler toe the line in Vermont for his 29th finish. I can’t wait to watch!

AJW’s Beer of the Week

This week’s Beer of the Week comes from The Alchemist brewery in Stowe, Vermont. Known in particular for their award-winning double IPA, Heady Topper, in recent years The Alchemist have released a variety of different beers which they have brought in and taken out of rotation. One of my favorites is their take on the classic American Pale Ale, Broken Spoke American Pale Ale. Balanced at 6% ABV and brewed entirely with Amarillo hops, Broken Spoke has a decidedly West Coast flavor and a slightly fruity finish. If you find yourself in the North Country, a stop at The Alchemist will be well worth your time.

How to choose your first day of school outfit