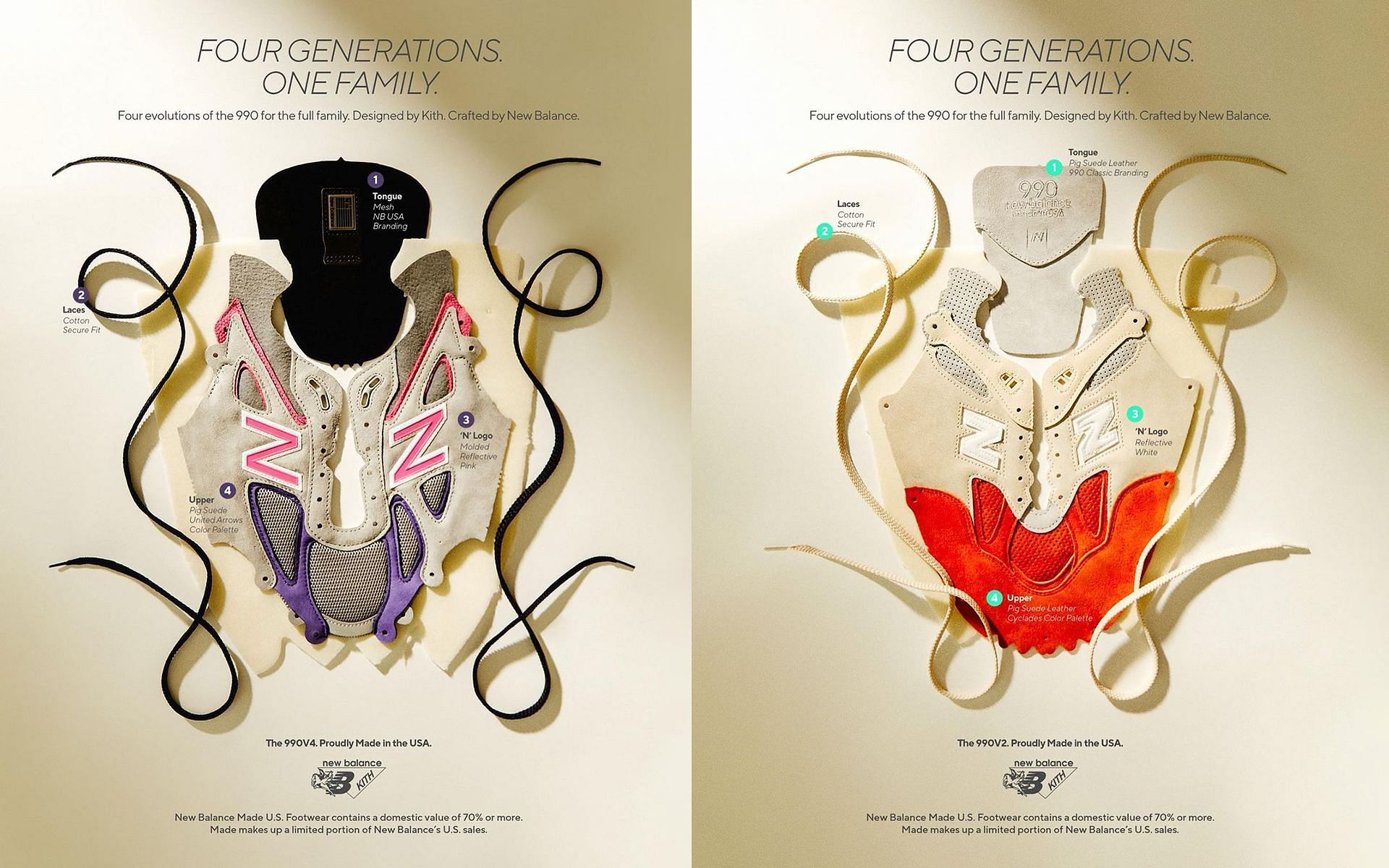 To commemorate the joyful occasion, the two labels are releasing a four-piece shoe collection featuring four generations of 990 silhouettes. The four-piece sneaker rollout is set to release June 15-18, with each silhouette released daily. The collection will be available for purchase on the official New Balance e-commerce site.

New Balance continues to be on a strong collaboration streak in 2022 with highly coveted and successful collaborations such as Aime Leon Dore, Joe Freshgoods, Teddy Santis and Kith. Continuing their series of collaborations, New Balance has enlisted the services of Ronnie Fieg’s Kith label to celebrate the 40th anniversary of their popular New Balance 990 shoe line.

Ronnie Fieg reimagined four of his favorite colorways from the New Balance archives and past collaborations with the previous 990 iterations for the collaboration. He has worked with the Boston-based footwear brand since the 2010s and has worked on multiple colorways of the brand’s signature 990 sneakers.

This week he revealed two of the upcoming sneakers, the 990 V3 Daytona and the 990 V4 United Arrows. Official photos of the rest of the two silhouettes have yet to be released.

Kieth teased the first look of the latest streamlined 990 V4 colorway on June 4, 2022, via his Instagram handle. The latest iteration draws inspiration from the previously released 2009 New Balance 997.5 collaboration.

The New Balance 997.5 sneakers from 2009 were made in collaboration with United Arrows and Sons, a Japanese brand. The uppers of the sneakers are made with soft suede materials in a classic gray tone. Accents are made from mesh-based materials and feature pops of pink, purple, and blue color on the forefoot, overlays, and the iconic “N” logo on the back of the shoes.

To keep his fans happy, Fieg quickly posted a follow-up to the V4 silhouette with another upcoming silhouette, 990 V3 Daytona on his Instagram handle on June 9, 2022. The pair was a nod to Fieg’s childhood, while visiting Daytona Beach, Florida for travel with his family.

The Daytona colourway is inspired by the New Balance 1600 collaboration from 2013. The upper is made of suede and leather, and comes in blue and brown. The touch of pink is accentuated by the presence of the classic “N” branding on the back of the sneakers.

The look is enhanced with the addition of a White colored cushioned midsole and Black rubber outsoles, which provide extra comfort to the sneakers.